Of Numbers and Nitrates

Shortly after I posted my last blog about the health significance of nitrate in drinking water, the Guardian website ran a piece by Alex Bellos, author of the recently-published book Alex Through the Looking Glass: How Life Reflects Numbers and Numbers Reflect Life. Bellos is interested in the cultural associations numbers have acquired, from Pythagoras’s assertion that numbers are gendered (odd numbers male, even numbers female) through to modern corporations’ use of numbers to lend mystique or credibility to their products. The article features an interview with a branding consultant by the name of Greg Rowland, who cites the anti-acne cream Oxy-10 as an example of his craft:

“Ten is about balance, security, returning to the norm. It’s the absolute decimal,” says Greg. “There is no argument with 10.”

No doubt we are all prone to the psychological pull of certain numbers, and this is not intrinsically a bad thing. For numbers can be put to work just as effectively by progressive social movements as they can by pharmaceutical corporations. The climate-change advocacy organisation  350.org springs to mind, which uses a (nice, round) figure, widely-agreed by scientists to be a relatively “safe” level of atmospheric CO2, (350 parts per million), as a brand and a global rallying cry. The World Health Organisation’s (WHO) Guideline Value for nitrate in drinking water (50 mg/L) is another nice round number 1, and one about which there appears no argument from those charged with protecting groundwater resources and public health.

When the numbers in question are issued by organisations that are supposed to have science on their side, as is the case for both 350.org and the WHO, I like to think that people’s faith in numbers rests less on psychology and more on a rational series of assumptions. Thus policy-makers can safely assume that every guideline value set by the WHO is based on the best available evidence (the scientific method, in other words). Wider public acceptance of such numbers rests, at least partly, on respect for scientists, and for the scientific community’s structures of peer review and critique.

In my last post, I pointed out that the WHO GV for nitrate levels in drinking water was based on the findings of a study that linked higher nitrate concentrations with cases of infant methaemoglobinaemia. Some 60 years after that study, the earlier scientific consensus on its validity has evaporated. Recent reviews have identified flaws in the original research; most importantly, water consumed by the affected infants was microbiologically contaminated. The weight of evidence is that ingesting nitrate-rich but otherwise pure water up to at least 100 mg/L will not raise the chances of an infant developing the condition. But the WHO’s latest Drinking Water Guidelines (2011) retain the same GV for nitrate, with infant methaemoglobinaemia offered as the sole justification. 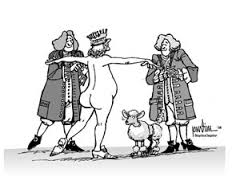 On the face of it this is an absurdity. Taking up this theme, the scientists who first questioned the WHO GV compared the situation to the Hans Christian Andersen fable “The Emperor’s New Clothes.” In this story, a proud Emperor parades naked before his subjects; he has been “dressed” by some mendacious weavers, who assure him that his new clothes are invisible only to those who are unfit for their jobs. Self-doubt and deference lead both the Emperor and his subjects to keep quiet about the untruth they all know (or at least suspect) they are being sold.

Maybe there’s something to this comparison, but to see the WHO as the Emperor here would impute a kind of fecklessness that the facts don’t support. For the WHO does at least acknowledge current thinking: guidance notes in both its 2007 and 2011 Drinking Water Guidelines state that water with nitrate concentrations up to twice the GV can be consumed by bottle-fed infants, provided the water is microbiologically safe. Furthermore, the WHO’s guidelines are designed to cover the entire world, including developing countries where microbiologically safe water is a luxury rather than the norm.

The comparison also implies that everyone knows the nitrate guideline is flawed but is too overawed by the WHO to say anything. Nothing could be further from the truth. For while the Emperor and some of his noblemen (national health authorities 2) are aware of the conundrum, the message hasn’t filtered down to the lieutenants who manage the guideline, or the minions to whom the guideline is directed.

New Zealand and other countries are free to interpret the WHO GV in light of their own circumstances. So far we have declined to exercise this freedom, taking the WHO number as a maximum allowable value (MAV) in our drinking water standards, to guard against infant methaemoglobinaemia. In my view, the presence of this definitive (and internationally sanctioned!) number in our health regulations currently serves only to promote a peculiar kind of inertia among health policymakers (as well as causing needless alarm among bore-hole users).

Likewise in other developed countries, the WHO GV is proving obscurely difficult to abandon. I think, for example, of one team of researchers in Europe who are currently working on a possible link between nitrate consumption and gastric cancer. This group concedes that the stated rationale for the WHO GV is not sound, but argue that the number’s universal relevance should be upheld until robust epidemiological studies have proved or disproved a link with cancer. 3 According to this reasoning, a number that was derived to guard against short-term risks (to infants) would be, in effect, “re-purposed” to protect against long-term risks for adults.

Step aside Hans Christian Andersen; I’m reminded instead of the absurdist science fiction of Douglas Adams, the famous scene in The Hitchhiker’s Guide to the Galaxy where the vast supercomputer, Deep Thought, delivers to a pair of nervous philosophers the answer it has spent the last 7.5 million years computing:

In Adams’ fiction, Deep Thought’s answer – the number – is infallible:

“I checked it very thoroughly,” said the computer, “and that quite definitely is the answer. I think the problem, to be quite honest with you, is that you’ve never actually known what the question is.” 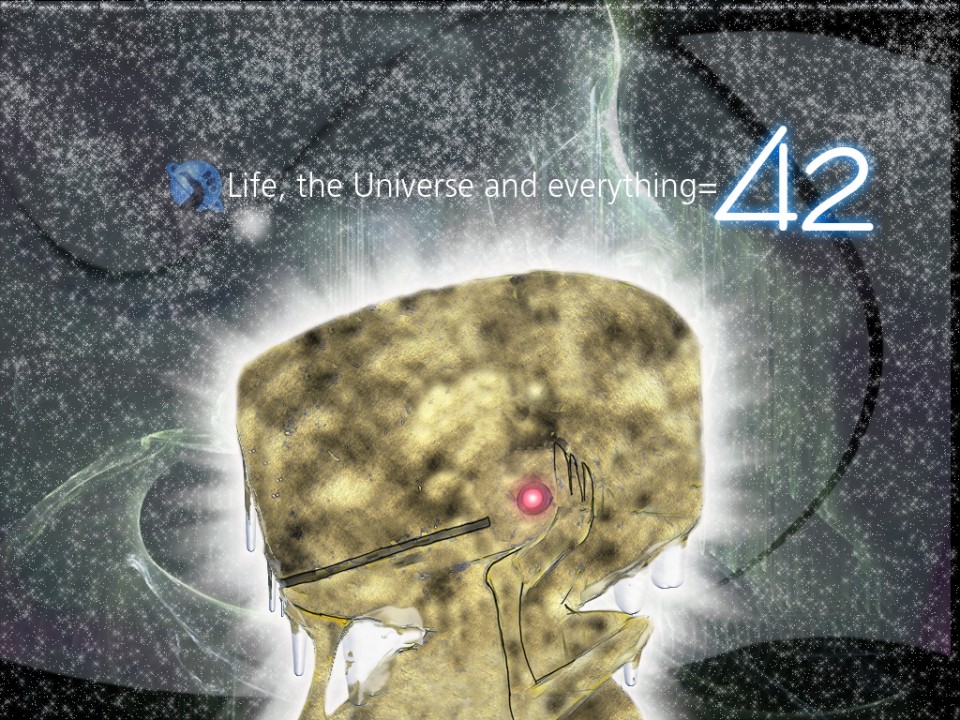 Do those who advocate retaining the WHO GV as a benchmark in the developed world see in the number 50 mg/L a similar, mystical rightness? If the original basis for the number was wrong, that needn’t concern us too much; we await the day when the true question to the answer is discovered…

To be clear, I am not against guidelines or standards for nitrate concentrations where a true effect can be established. Such effects can be demonstrated in rivers and lakes with respect to invertebrate toxicity and phytoplankton. However, it seems to me that when it comes to human health guidelines for nitrate, we are proceeding from answers to questions. I am uneasy about the ambiguous status of the WHO GV in New Zealand, which blurs the important line between numbers adduced by scientists as having scientific value, and numbers like Oxy-10, chosen for no reason other than to produce psychological effects in consumers. As a way forward, I would suggest the following:

1. Drastically improve communication. All stakeholders need to know that for infant methaemoglobinaemia, the true risk is consuming microbially-contaminated water (and, by the way if it’s also contaminated with nitrate you should be especially cautious).

2. Reassess the risk maps that have been provided to help consumers: these maps should take microbial contamination into account.

3. Conduct policy analysis on the merits of having an MAV for nitrate at all. After all, if we did not have the historic but flawed WHO GV to fall back on, what basis would we have for an MAV?

4. If the outcome of this policy analysis is that a MAV is necessary, then conduct a new epidemiological study to assess a guideline value based on properly-posed questions and rigorous scientific methods.

Quotes are from The Hitchhiker’s Guide to the Galaxy by Douglas Adams (New York: Harmony Books, 1980).

Thanks to Simon Cooke for his assistance from a distance.

This blog is based (loosely) on a literature review published in Water Magazine which is available here.

Notes:
1. Although not as round when converted to nitrogen equivalents (11.3 mg/L nitrate-N). The US (wisely) ‘converts’ it to 10 mg/L NO3-N – the absolute decimal yet again!
2. See for example p24 of the latest MOH Annual Report on Drinking Water Quality, which contradicts what MoH Officers have been saying in the media.
3. As an aside: the latest WHO Guidelines conclude that “(t)he weight of evidence indicates that there is unlikely to be a causal association between gastric cancer and nitrate in drinking-water.”
May 9, 2014 / Blogs 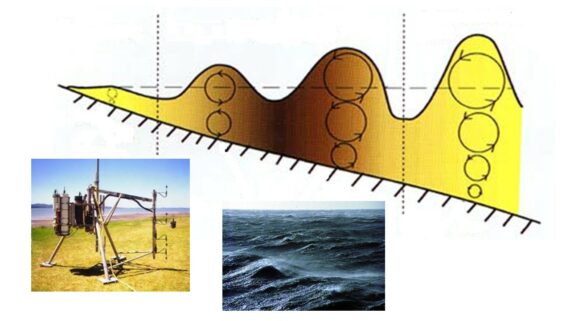 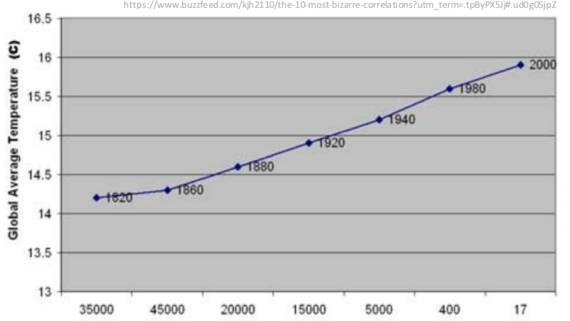 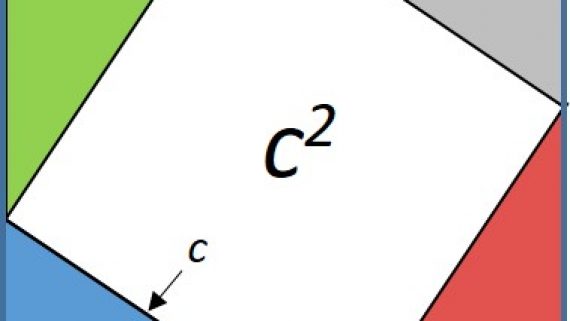 Nitrate pollution of drinking water: how big a health issue is it? 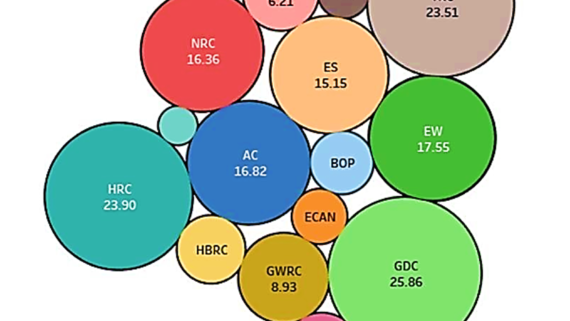 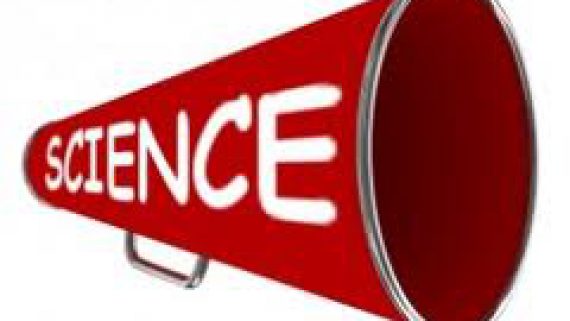